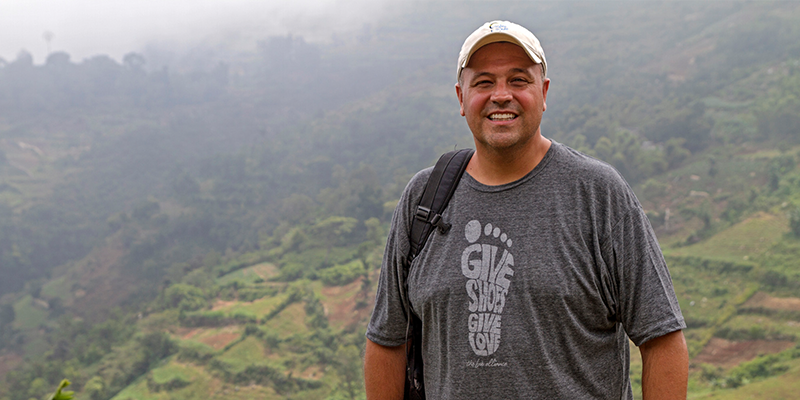 A Tribute to David Graben: Our COO, President and Friend

It is with deep sadness that we announce that David Graben, Soles4Souls President and Chief Operations Officer, passed away Tuesday, May 5, 2020 following a long battle with cancer. On behalf of the Soles4Souls staff around the world and our Board of Directors, we extend our deepest sympathies to David’s family during this time, including his wife Pattie, a long-time member of the Soles4Souls staff.

14 years ago, David Graben walked into Soles4Souls and it has never been the same since. His passion was Soles4Souls, and he loved seeing how much the organization evolved over the years. David was a fearless leader, playing a key role in the organization through some of its most difficult days and back into success. He was dearly loved and respected by his peers and team, and advocated tirelessly for our donors, partners, and the people we serve. He was a driving force behind Soles4Souls’ global expansion, developing opportunities in Canada, Asia and Europe; and managing its micro-enterprise operations across the world. During David’s tenure, he oversaw the distribution of more than 40 million pairs of shoes in 127 countries, helping countless numbers of people break the cycle of poverty.

David was more than just our President and COO, he was our grill master, apple pie maker (we’ll miss them so much) and comic relief. He brightened up every room he walked into with his big personality. David was a giant teddy bear who always brought a hint of sarcasm to make us laugh. He loved his family, Soles4Souls and the Auburn Tigers more than anything.

David’s legacy will live on through all the lives he helped change during his time at Soles4Souls. We’ll forever be grateful for all the hard work he put into our organization. Soles4Souls would not be what it is today without his leadership. We will miss him dearly.

Soles4Souls has established the David Graben Impact Fund to help expand the global micro-enterprise programs that David helped launch and build. His belief in entrepreneurship as the best way to end poverty has been fundamental to Soles4Souls’ progress in the last decade. If you’d like to and are able, please donate here.

You can read our full Press Release here.