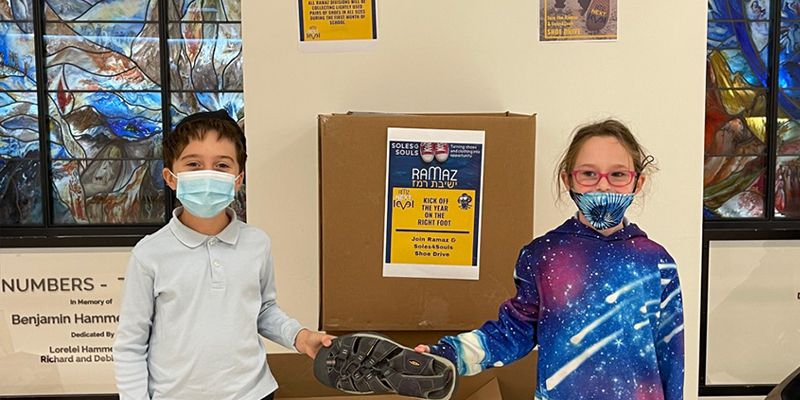 Located in the Upper East Side of Manhattan is the Ramaz School campus, a co-educational Modern Orthodox school from first grade through high school. A top goal for the school is a commitment to menschkeit, a humanity virtue to respect others through showing love and compassion. With menschkeit being such a high value for the Ramaz schools, it’s no surprise that the entire community of students and faculty worked together to collect over 1,000 pairs of shoes for Soles4Souls.

“One day this summer, one of the teachers in the lower school reached out to me about this idea she had. While going through her closet to get rid of old clothing, she noticed that she had many pairs of shoes she no longer used but were still in good condition. That’s when she called me with an amazing idea,” said Ben Goutkovitch, Student Life Coordinator at Ramaz.

After looking around to find an organization that fit this idea, the team at Ramaz came across Soles4Souls. What initially started as a drive in just their lower school, grades 1-4, quickly spread to the Middle School and Upper School. 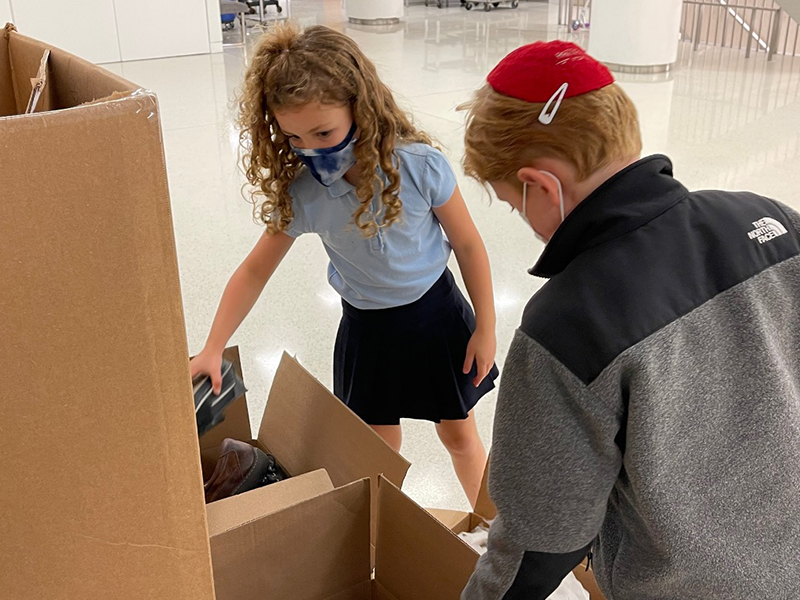 The drive started at the beginning of the school year, with posters hanging across the hallways saying “Kick off the year on the right foot!” Many of the students, particularly the younger ones, helped organize and sort through donations as they came in. The way their entire community came together shows how simple it can be for other schools to do one too.

“This was Ramaz’s first year hosting a shoe drive. Ben was enthusiastic about getting every level and every grade of the school involved. His enthusiasm was contagious and the school easily met his goal of 1,000 pairs, which is an astonishing feat for a first year shoe drive.”

And in the end, all their efforts paid off– saving nearly 30,000 pounds of carbon emissions from being released into the atmosphere, and providing a month of food, shelter and education for 17 families!

To learn more and register your school for their first shoe drive, visit: ​​https://soles4souls.org/shoe-drive-registration/