For Michelle Burdette, a Registered Nurse in San Antonio, Texas, serving others is just what she does —not only in her career but also in her free time. She’s traveled on multiple trips with Women Orthopaedist Global Outreach (WOGO), which helps transform lives in underserved communities by performing joint reconstruction for individuals burdened by arthritis and disability. She’s gone to multiple countries to do this work including the Congo, Tanzania and Guatemala– and along the way she got to know Soles4Souls, who went with the team to also distribute shoes.

“I can’t imagine people who require shoes on a daily basis and don’t have any — how they must feel,” she said.

Years later, Michelle could have never pictured being with a team of nurses who would need shoes themselves. When COVID-19 started spreading rapidly in the U.S. in cities like New York, Michelle felt called to help. 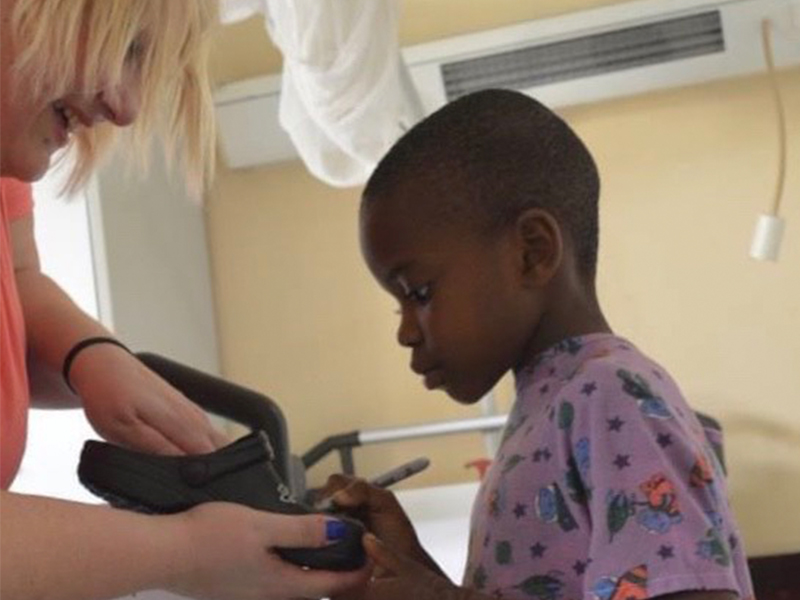 “When it all started happening and you’re watching the news every day, my heart was just telling me that’s where I needed to be,” she said.

So, Michelle flew to New York, along with thousands of other nurses, in an effort to help the hospitals, who were short-staffed, fight the pandemic.

With nurses and physicians requiring extra personal protective equipment (PPE), Michelle knew how much a pair of shoes (with the ability to just rinse off,) would make a difference for her team. So when she was contacted by our Director of Outreach, Tiffany Turner, who she’s worked with on distributions before, she was ecstatic. 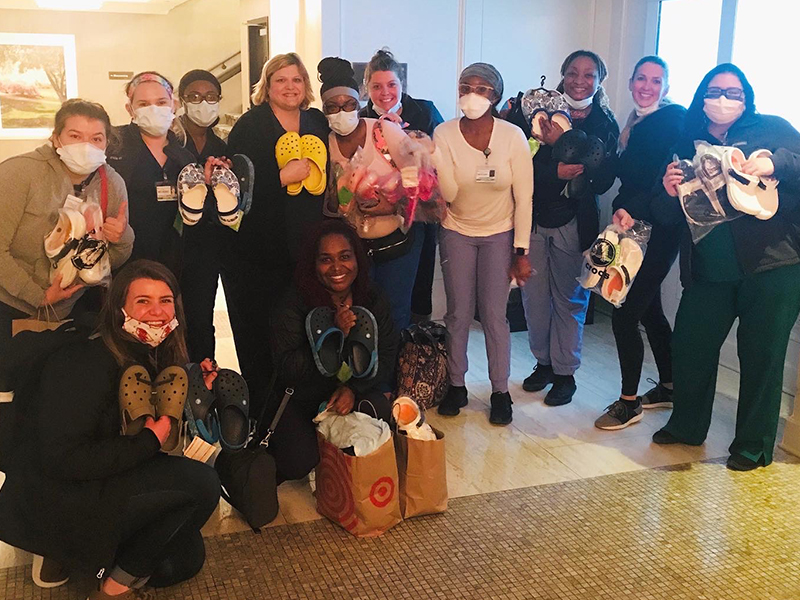 When the brand new pairs of Crocs were delivered, Michelle helped distribute again and the feedback she received spoke volumes.

“I rarely get a chance to sit so my feet were crying for relief. Thank you for my new Crocs. It felt like I was walking on air all day,” said one of the nurses from the team, Lanessa.

When asked about leaving New York after 6 weeks, Michelle said, “I feel like I came home too soon, but I do have a family to take care of. It just makes you really appreciate things a lot more and reminded me why I became a nurse in the first place.”