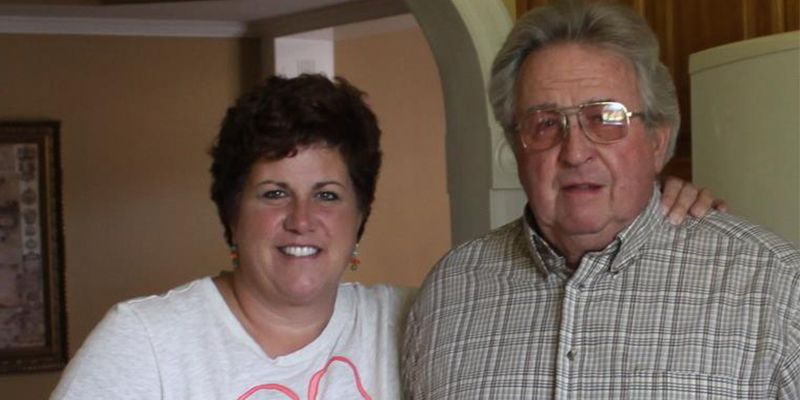 What started out as a challenge, turned into a passion.

Four years ago, Tracy Swack of Cookeville, TN. received news that her father was diagnosed with cancer and found herself feeling helpless during his illness. At the same time, Pattie Graben of Soles4Souls, a life-long friend, challenged Tracy to enter a contest Soles4Souls had announced—the winner collecting the most shoes and clothing would be awarded a trip to Haiti to serve with the organization. Tracy thought this would be the perfect project to keep her mind busy while helping those in need.

Bound and determined, Tracy won the contest and shortly thereafter traveled to Haiti with Soles4Souls. The trip was life changing. In Haiti, Tracy met Marie-Ange, an entrepreneur Soles4Souls partners with. Marie-Ange and hundreds of other entrepreneurs rely on product donated from people like Tracy to help them start and sustain small businesses selling new and gently used shoes and clothing. These small businesses help generate much needed income in places like Haiti where 80% live below the poverty line. “When I met her, she wept,” said Swack. “She just told me ‘thank you.’ So the only thing I could think to ask her was ‘what can I do to help you the most?’ She said, ‘We just need more product.’ And I said, ‘that’s simple enough, I think I can do that.'”

When Tracy returned, she set out with an ambitious goal to collect one million pounds of shoes and clothing. She worked with Soles4Souls to place more than 30 donation bins in the Upper Cumberland area and encouraged locals to clean out their closets and donate to a bin near them. To keep the project sustainable, Soles4Souls paid Tracy per pound of product. (The project inspired Soles4Souls to duplicate the model and open Regional Donation Centers in Colorado, Georgia, New Jersey and Virginia, helping to minimize shipping costs for people hosting shoe drives across the U.S.)

Tracy has lived in the area her whole life and used her local connections to spread the word about her efforts. When she first began, her goal was to collect 10,000 pounds of donations per month. Toward the end of her drive, she at one point collected close to 15,000 pounds in two weeks. Four years and nine months later, Tracy will reach her goal of one million pounds, a record breaking amount for one individual to collect in Soles4Souls’ history. She says she owes so much to her supporters in the Upper Cumberland area of Tennessee.

“When people know what you’re doing, they want to help you,” said Swack. “The people who are celebrating me reaching this goal today were here from the very beginning. There’s a lot of people that have ownership in this and I love that, and I want them to, because I couldn’t have done this without them.

Soles4Souls celebrated Tracy’s goal and awarded her with a trip back to Haiti to revisit those she has been helping all these years. Thank you Tracy for helping Soles4Souls Wear Out Poverty and congratulations on reaching this record breaking goal!!