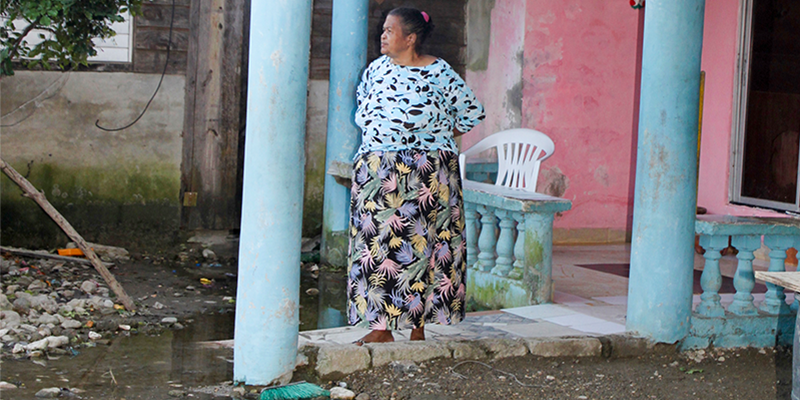 There is Little Room for the Unexpected

Natural disasters can strike in any part of the world. Yet small, impoverished nations are often most vulnerable.

The World Risk Index plots countries along a disaster risk spectrum measuring exposure and vulnerability. Exposure is a fairly straightforward calculation of probability whereas vulnerability looks at controllable factors: likelihood of people to be harmed, lack of capabilities to reduce negative consequences, and lack of capacity for long-term rebuilding and prevention.

The Dominican Republic sits perilously on the highest end of the risk spectrum. The location and geography of the island of Hispaniola, which it shares with Haiti, exposes the country to earthquakes and rough tropical weather. Meanwhile, its people are vulnerable to long-term loss given the country’s poor infrastructure and lack of resources.

This past November, less than two months after Hurricane Matthew slammed through its borders, the Dominican Republic was once again devastated by deadly flooding. Two weeks of continuous heavy rainfall in the country’s Northern provinces caused rivers to swell. The floods took several lives, displaced more than 20,000 people and damaged more than 4,000 homes. Those teetering on the upside of the poverty line were pulled right back down. Those already living in poverty grew even poorer. In places like this, there is little room for the unexpected.

We had planned a December shoe distribution at a school in the town of Sosua, one of the hardest hit areas, prior to the flooding. And it was a good thing we had.

The waters had subsided, but the children’s pain had not. Though grateful and excited to receive new shoes after having lost everything, they were quiet and somber. After all they had been through, it didn’t come as a surprise. One of the biggest known health risks after a natural disaster is the emotional trauma, especially for children. Another is the lack of protection from what is left behind.

Without shoes, the children risked further harm. Slippery conditions could lead to debilitating falls. Trash and debris could pierce their small feet. And dirty standing water could permeate their skin, leading to dangerous infections.

Our team set up in a classroom off the main courtyard, where the children gathered under the shade of a single tree awaiting their turn. Among these was a young girl no more than nine years old. She stood patiently in line despite the heat, her little brother snuggled closely in her arms, so that he could receive the gift of shoes. Once our team fitted and sized him for a brand new, easy-to-rinse pair, she went back and waited for her age group to proceed so she too could get a pair. All in all, 150 children received new shoes—and the protection that they afford—that day.