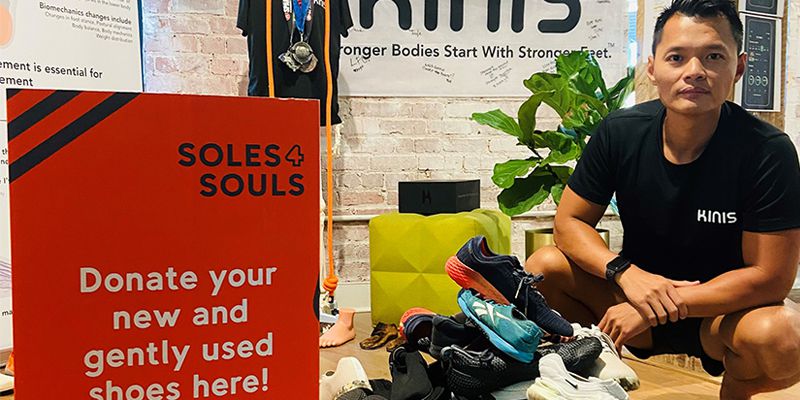 Improving Lives One Shoe at a Time

Vincent Vu, the creator of Kinis, remembers when he left home and traveled on a fishing boat with a “wave of immigrants” attempting to escape Vietnam. He was seven years old at the time. His family and several hundred others, crammed into the bottom deck of the fishing boat in hopes of a better life. They ultimately landed in a refugee camp in Indonesia.

As a young refugee child, Vincent spent six years without a proper pair of shoes. He can recall running barefoot through the Galang Refugee Camp playing with a rolled-up plastic ball. After many years of waiting for asylum, his family finally immigrated to Sioux City, Iowa in 1998. After graduating high school, he attended college at the Savannah College of Art and Design, where he earned his degree in architecture.

Vincent later would find his past experience of playing barefoot as the inspiration for his work. After reading “Born to Run” by Christopher McDougall, he was inspired to create his first “sock-shoe” that would relieve pain and allow the foot to move naturally.

Vincent created Kinis, an active lifestyle company, which creates simplistic shoes designed for proper foot mechanics. Through trial and error, Vincent created a shoe that appears to be a sock but with the strength of a shoe. He believes that a stronger foot foundation will lead to better stability for the entire body. 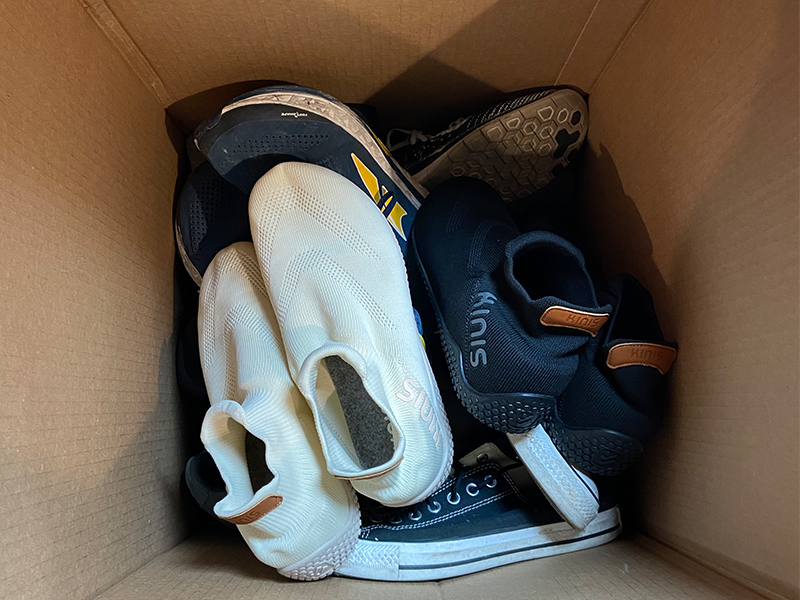 After learning about Soles4Souls at a wellness event in Richmond, Virginia, KINIS partnered with us this year in an effort to support communities around the world and reduce the carbon footprint through their trade-in campaign. The trade-in promotion begins once a customer adds a pair of KINIS shoes to their cart. They can add a special discount code which gives them a $20 discount. The customer then sends a picture of their used shoes through text. They have the option of dropping off or sending in their trade for free. To read more on the KINIS Trade Program, you can visit here.

KINIS has also placed five Soles4Souls collection boxes in gyms throughout Richmond, Virginia. Vincent’s goal is to collect 10,000 pairs and host a shoe distribution for a refugee community in Richmond organized by Soles4Souls. He says he is “thrilled for KINIS to participate by giving back to local and international communities. We are looking for ways to improve people’s lives by continuing with nonprofit organizations across the globe.”