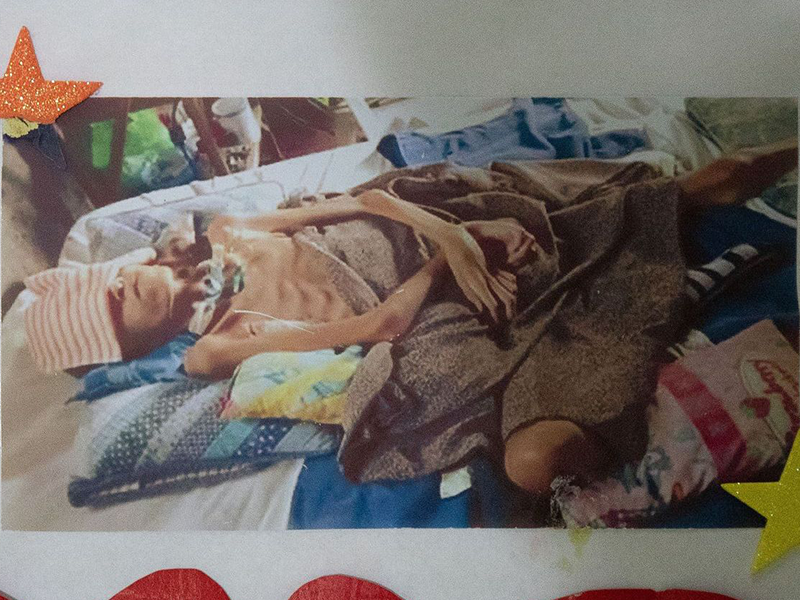 A Simple Gift Brings Joy and Hope to Carlos

It’s been our privilege to share the stories of some of the children we’ve met during our shoe distributions in the United States and all over the world this past year. Their transformational accounts of life before and after your gift of shoes embody the very essence of our work together—from risking injury and disease to staying healthy…from lack of opportunity to pursuing an education…from despair to hope. Thank you for making all these possible, one dollar and one shoe at a time.

But there’s one more story we’d like to share with you. A tale much bigger than ourselves that captures all the elements of an epic novel. The villains. The heroes. An unwritten ending. And Carlos.

New Year’s Eve a few years back. Honduras. Like any typical young boy, Carlos looks forward to the year-end festivities in his neighborhood. He and more than half of the population live in extreme poverty, or on less than $2 a day, so there’s little pomp and circumstance. But what they lack in means is easily offset on this special night by a rich and lively spirit. And friendship, soccer and music. Lots of music.

But Carlos’ spirit soon takes a fateful blow at the hands of his abusive father. His spirit and his brain, which sustained such massive damage after the violent beating as to leave him lying unconscious on a hospital bed for a month. And that’s where Carlos’ story begins a new and difficult chapter.

In a country where there’re few resources to protect children like him, Carlos is sent back home to his parents for ongoing care. This care was to include liquefied food through a gastric tube and joint movements to keep his muscles from atrophying. Yet once again his family fails him, standing by until Carlos wastes away to skin-covered bones.

Enter our first hero. Carlos’ teacher. Worried about his wellbeing, she reaches out for help. A care team goes to his home to offer assistance, but his mother refuses and his father is nowhere to be found (rumor has it he might have spent some time in jail). So the next time the team shows up, they do so with the police and forcibly remove Carlos.

Enter our second hero (or rather heroes). Carlos’ incredible care team. The people who over the course of three years will bring him back to life. They do so joyfully and earnestly in modest quarters, a refuge of hope in a neighborhood infested by gang violence. They do so for little pay, earning their rewards in smiles from the children in their care. And most importantly, they do so with incredible love and dedication.

And the fruits of their labor have been nothing short of a miracle. Gone are the tracheotomy, colostomy bag and gastric feeding tube. Today, Carlos enjoys mealtimes just as much as any other growing teenager and insists on doing so on his own. His once emaciated frame is now a fuller 95lbs and counting. And the aching weakness of starvation have slowly faded into laughter.

But so much damage remains. Save some mobility on his left side, Carlos is paralyzed. He can’t utter a “thank you” to those who care for him. Or kick a soccer ball. Or dance to the music he loves so much.

Yet through it all. The sorrow of a childhood lost. The pain of countless surgeries. The anguish of a body willing itself back to life. Through it all Carlos has prevailed, that rich and lively spirit of years past stronger than ever. The same spirit that will carry him through the next phase of his care, physical and speech therapy. Today, he’s working hard to regain more of that independence he so longs for: using the toilet, moving from his wheelchair to bed, writing with this left hand to communicate.

December 2018. United States. You reflect on your support of our mission and wonder what Carlos’ story has to do with shoes. More than you can imagine.

We travel to Honduras several times per year to distribute the gift of shoes to children in need. And we visit Carlos’ new home often. Sometimes with shoes, sometimes with treats, always with play. And we’ve grown to love, yes love, Carlos, for he’s shown us how a simple pair of shoes can change a life.

Enter our third hero. You, our committed donor. John F. Kennedy once said, “One person can make a difference, and everyone should try.” Through your financial support, you’ve made an extraordinary difference for Carlos and so many children like him. Every dollar you’ve donated has meant one more pair of new shoes to a child in need. Together, we’ve distributed over 30 million pairs in 127 countries and all 50 U.S. states since 2006.

You’ve created change with the very action behind your gift, a recognition that these children exist, that they matter, that you care. And that powerful acceptance breaks through in the laughter of a child waiting as our team unloads boxes of shoes; and in the grateful embrace of a mother relieved that her daughter can continue her education; and for Carlos, in the quiet smile that roars “thank you for seeing me.”

This past June, a group of teenage volunteers joined you in “seeing” Carlos. It must have been their shared adolescence that drew them together and led them to venture past our team and out the door, wheelchair and all. With Carlos’ pointer finger as a guide, they made it to the corner shop. And there, a typical group of kids under not-so-typical circumstances shared an orange soda. “It’s undoubtedly the happiest I’ve ever seen someone,” recalls newfound friend Alec. “Then, I realized that if something as small as being out in the sun could make someone so happy, imagine what the shoes we are donating are doing.”

Yes, imagine the change you’ve created through your gift of shoes. The child who gathers as our team prepares? They no longer endure the pain and discomfort of walking over rocks, dirt and trash; or risk disease from parasites in the soil. And the grateful mom? She no longer has to make the impossible decision of spending months’ worth of income on a pair of shoes or pull her daughter out of school all together. And so it is for Carlos.

On our most recent visit in October, we learned that Carlos’ physical therapy must now include consistent wearing of sturdy shoes to keep his feet straight and prevent them from further turning inward. So after a few visits including an impromptu party topped with ice cream and of course Carlos’ beloved music, the team returned with two pairs of shoes. The boots he liked, but his eyes really lit up at the sight of the tennis shoes. Boys will be boys!

New Year’s Eve 2018. Honduras. Now seventeen years old, Carlos will sit in his wheelchair and witness the end of another year. He won’t sing Auld Lang Syne, or light a firecracker, or dance like his heart so desires. But he’ll be safe, and loved, and beaming with the glow of an angel. And he’ll be grateful for your gifts—the gift of recognition, the gift of improving health—all wrapped up in a pair of shoes.

Carlos’ story has many chapters yet to be written, as do the stories of countless other children. And this holiday season, you have the opportunity to create real and positive change in that narrative. Today, with a tax-deductible, year-end financial donation, you can provide a child like Carlos the hope for a happier ending filled with health, education and opportunity. Please give what you can. Give generously. Give to change a life. $1=1 pair for someone in need. For in the words of Walt Whitman, “The powerful play goes on, and you may contribute a verse.”

From our family to yours, and on behalf of Carlos and all the children whose lives you’ve transformed this year, may your own story be filled with happiness, health and joy in the coming year. And may the gifts you’ve shared with others through a simple pair of shoes come back to you tenfold.