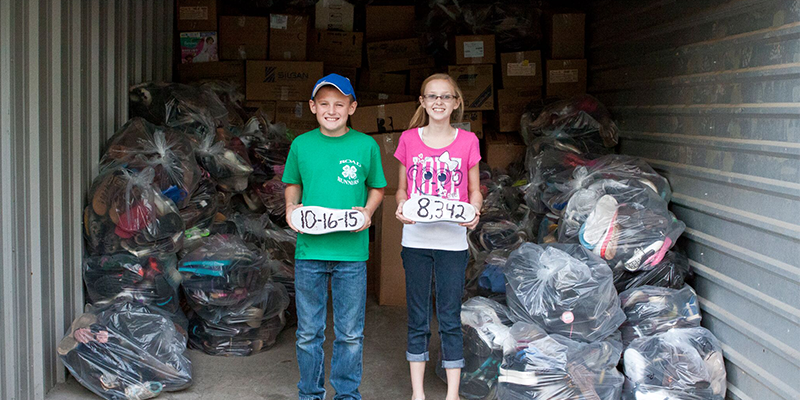 Ashlyn and Gage Shoot for 25k Pairs of Shoes a Second Time!

As 6th graders, Ashlyn Donohew and Gage Cobb successfully collected 25,000 pairs of shoes in less than four months for Soles4Souls! Now, these ambitious 8th graders are at it again.

The idea originated when Ashlyn approached Angie Donohew, Ashlyn’s Mother, about starting a Sole4Souls shoe drive. Gage Cobb became involved after becoming inspired by his pastor at his church. The pastor had conducted a sermon on children growing in their walk with Christ, and after Ashlyn shared her aspiration with him – Gage knew he’d found his project.

Since they reached their goal of raising 25k pairs, they were awarded a trip to Honduras to meet the micro-enterprise entrepreneurs directly impacted by their donation and to distribute shoes to the local children.

We have no doubt that these go-getters will be able to reach their goal a second time around. They are proof that you are never too young to make an impact!